Hong Kong and Perth, Australia – A number of South Africa’s surfski stars took to international waters this past weekend with Hank McGregor and Nicole Russell racking up wins at the tough Dragon Run in Hong Kong while Jasper Mocké also clinched victory at the West Coast Downwinder in Australia.  Both events are on the World Surfski Series. 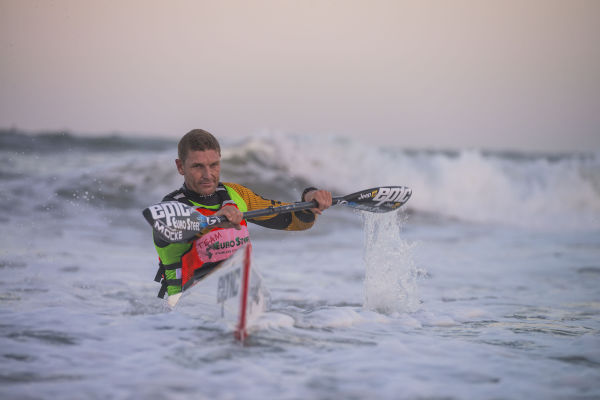 The field in Hong Kong was laden with South African talent as McGregor managed to outsmart current South African Surfski Champion Sean Rice to claim his second title in three years at the event.

“It was quite windy for a change which meant the first seven kilometres out to Nine Pins island was really technical and very rough,” mentioned a satisfied McGregor. “Sean (Rice) managed to get a bit of a lead on me and then it was a twelve kilometre following downwind – really awesome conditions!”

“Sean had about a 300 metre lead on me because he managed to get into the wind a bit ahead of me.  “I then managed to close the gap on him with about four kilometres to go before we got to another headland called Kissing Whales and from there it is a five kilometre stretch to the finish,” McGregor added.

The final push into the finish was a tough slog for all paddlers however McGregor understood that it was going to be difficult and put in a race defining surge shortly before the end to ultimately win by 40 seconds.

Current K2 Marathon World Champion Adrian Boros of Hungary rounded out the podium as he finished the 24km course 14 minutes behind McGregor.

The success of the South African’s in Hong Kong did not stop with McGregor as Fenn Kayaks powerhouse Nicole Russell dominated the ladies race, in the process also beating much of the men’s field to finish an impressive sixth overall.  Russell took the win from Camille de Carmejane of France by almost seventeen minutes whilst Katerina Vichou finished in third place.

From Hong Kong to Perth Downwinder 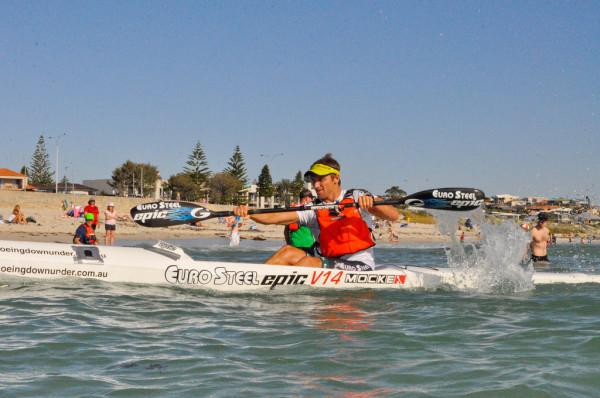 The third edition of the West Coast Downwind provided the closest racing in the events history amid hot and flat ocean conditions.

A shortened course provided some respite for competitors as a brisk offshore wind combined with hot conditions made for a memorable race for all the wrong reasons!  Still the competitive Australian spirit shown by all entrants made the event a success as one watched each paddler give their all right up to the line. 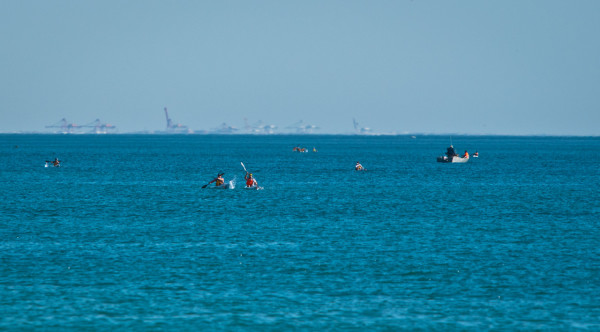 Up front six paddlers broke away early at a blistering pace.  The group contained the current World Surfski Series leader and I.C.F Ocean Racing Champion Cory Hill, as well as the 2014 World Surfski Series Champion Jasper Mocke (currently 4th ranked) and the currently second ranked Michael Booth.  Add to the group 4x former Champion Dawid Mocke and it is plainly obvious that this will be a battle to the end.  Also in the group were 2014 World Series 4th place Reece Baker and local paddling star Michael Baker

Mocke had this to say:  “With 2km to go I took the pull and pretty much went flat-out especially when Cory would try to come past.  I knew that if I let him pull into the finish that that would be it, so I basically just went for it.” 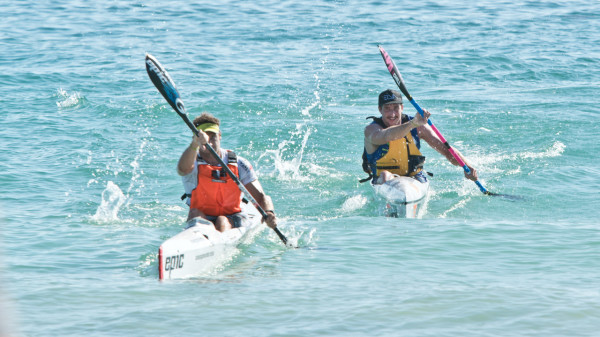 “I’d be lying if I said that it hasn’t been a frustrating year for me especially after winning the World Series last year, so to finally pull off a win, especially against Cory, means a lot!”

Hill had the following to say: “Jasper Mocke was too good yesterday in the flat and desert like conditions in Perth. 36 degrees . Happy to come away with a second and feeling really good before the big one next week. Forecast is looking the goods. Glad that is over.”

Michael Booth narrowly took the final podium step ahead of a late charge from Dawid Mocke, who would tke 4th and edge Reece Baker into 5th and Michael Baker into 6th.

The win will give Mocké good confidence heading into this weekend’s renowned Perth Doctor.  Mocke is the current 3x defending champion.