I’m in the Southern Ocean. Our ship is heading towards the Antarctic Peninsula. I’ve just spent 3 days in South Georgia, on the edge of the Antarctic convergence zone, way down the bottom of the Atlantic Ocean. 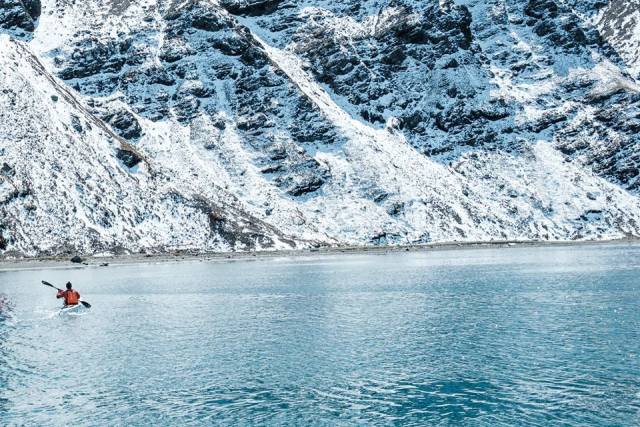 In the short time paddling South Georgia I have completely fallen in love with it. It is gorgeous, pristine and wild, unlike any place I’ve experienced. I’ve renamed it “South Gorgeous”, but don’t let that fool you – “South Gorgeous” is a dangerous place. The jagged rocks and dark sand beaches almost immediately run up into high mountains, capped with snow and glaciers (I’m sure most never ascended). There is wildlife everywhere: seals, penguins and angry looking seabirds. And these animals are not quiet. The beaches here must be some of the noisiest places in the world: roaring wind, crashing waves, barking seals, rasping penguins and squawking petrels make for a unique natural symphony. Then, the water is frigidly cold; the air temperature not much higher. Set in the middle of the furious fifties it is constantly windy. It’s a raw place, and it’s this rawness that attracts you. 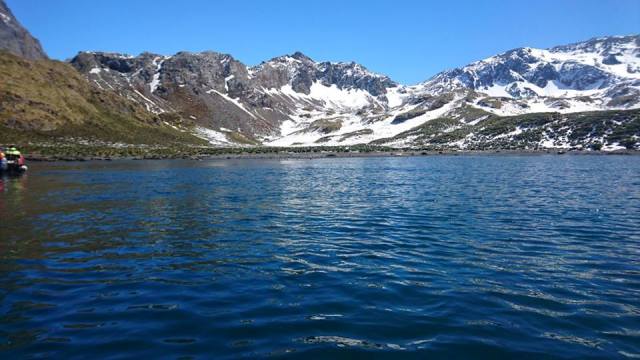 I’m head of water safety for @lewispugh’s #Antarctica2020 expedition. Our three days in South “Gorgeous” Georgia consisted mainly of preparing for, and then accomplishing, Lewis’ 1km swim to promote further protection of this pristine area. This place, despite its strong character, is desperately fragile. How fortunate for us that the preparation included lots of paddling!

Yesterday Lewis successfully did the swim in King Edward Cove or Grytviken. One kilometre in 19min 01sec in 2°C water! It was a good swim that went off as smoothly as we had hoped. Well done team and well-done Lewis!
Grytviken is sort of South Georgia (Gorgeous’) de-facto capital (population 30). It’s home to a massive old whaling station and now a British Antarctic Survey base. It’s a historical site, includes a museum and restored Whaler’s Church, and is a popular stop for the very few tourist ships that venture here.

In Grytviken there is a graveyard for those who perished in the early days. Most of them died young men, in their 30’s. It is also the grave site of 17 South Africans who died aboard the Sudur Havid in 1998. It’s a hard place, South Georgia; very little grace or mercy you will find from the elements here. One can only imagine what it must’ve been like when the whaling stations were in full swing. They were massive industries. The day we arrived we visited Stromness and Leith Harbour (where we did our test swim/paddle), both of which have these ghastly, ghost town, immensely huge, old whaling stations. It’s hard to comprehend how they were even remotely able to create the infrastructure for them. It’s a remarkable achievement really, and one must give credit for the resilience and determination it took. But was it worth it? 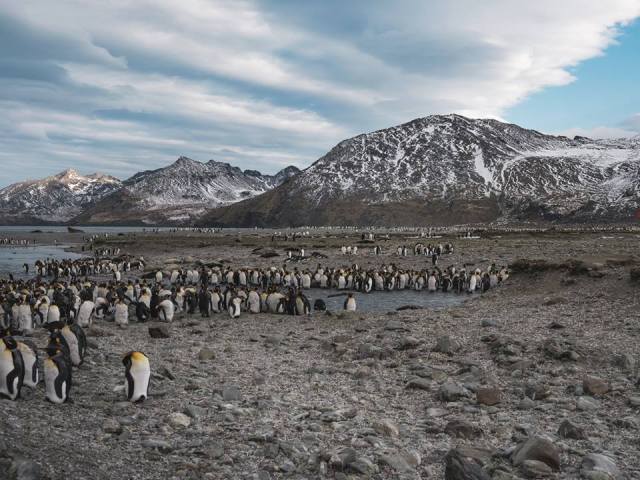 It is a pity that it came with such destruction of nature. How fortunate for the whales that we found an alternative oil. When you see a whaling station up close you cannot but realise that us humans are so corrupted and blinded by the allure of profit and growth. Simple hindsight of whaling should be enough to remind us what destruction humans are capable of. Grytviken has a graveyard for humans yes, but it’s really a graveyard for whales. In fact, during Lewis’ swim the freezing turquoise blue water revealed the heaps of whale carcasses littering the ocean floor. I hope that the #Antarctica2020 Campaign will help policymakers use hindsight of the whaling industry to see what destruction is possible when we willfully close our eyes to the destruction we cause. 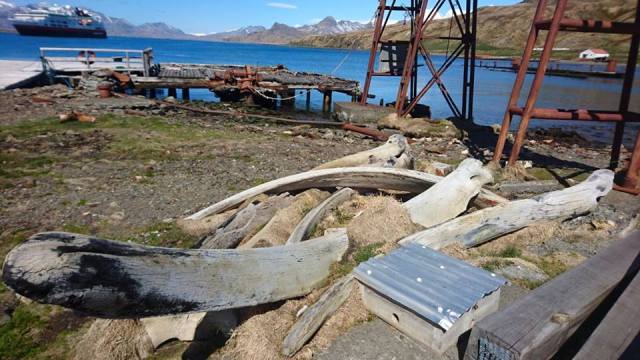 Today’s paddle was our last one. It was in Cooper Bay, on the island’s south east corner, and was a truly special way to end our time here. We now head to Antarctica via Elephant Island famous for the marooned crew of Ernest Shackleton’s ship Endurance. Shackleton, last of the great explorers, and his right hand man, South African Frank Wild both rest in Grytviken. They’re known mostly for their epic rowboat voyage from the edge of the Antarctic Ice to South Georgia via Elephant Island in the early 1900’s. 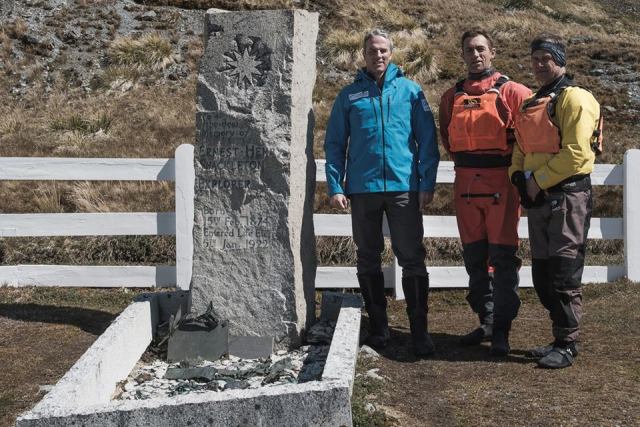 When one spends time down here, it is hard to contemplate how they succeeded except by the hand of God. I have been thinking a lot about it lately (of course) and their voyage reminded me of Psalm 139:9:
“If I rise on the wings of the dawn, if I settle on the far side of the sea, even there your hand will guide me, your right hand hold me fast.” 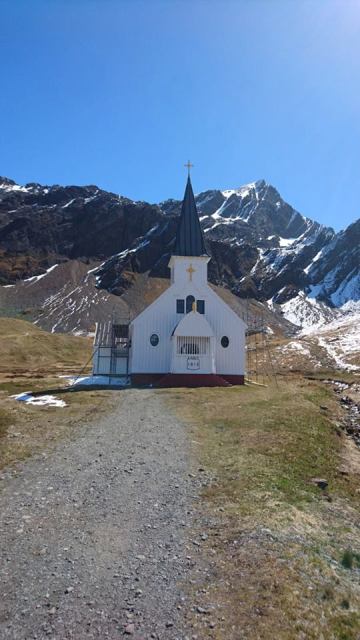 Thanks @ollenordell for some great images!