Two large wire-craft whales have appeared on one of Cape Town’s most popular family beaches.  They have been specifically designed to hold loose plastic wrappers and are intended to motivate beach goers to pick up and throw away plastic while walking on the beach.

“Beach clean-ups should be everyday occasions, not just special day occasions.” says Dawid Mocke, world surfski paddling champion and member of Paddle for the Planet, sponsors of the whale bins. “Keeping plastic out of the sea, especially if you love it like I do, should be on everyone’s priority list!” says Mocke

By creating something fun and interactive – a whale that needs to be filled with beach plastic – and having signage that teaches people about the scourge of plastics in our oceans, Mocke hopes to increase awareness of the very pressing issue of keeping our beaches plastic free. 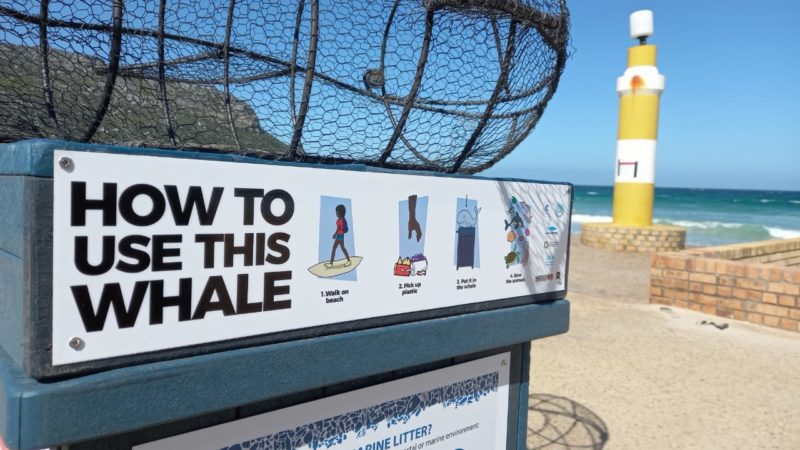 And the reason is simple. According to the UN Environment Programme’s Clean Seas campaign, plastic can make up to 90% of all marine litter; affects not only the environment, but heavily impacts economic activities such as shipping, fishing, aquaculture, tourism and recreation; and will be ingested by almost 99% of all seabirds by 2050. Marine litter currently directly threatens over 600 endangered marine species.

The idea is that while one goes walking on the beach, you pick any plastic you see, and then when you come back past the whale, you throw it in. When the whale is full, the plastic gets removed. 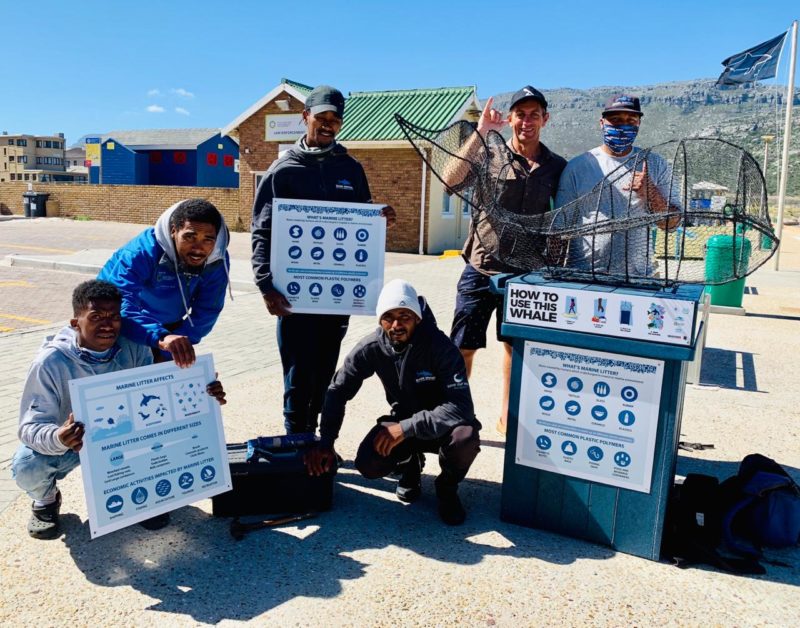 The bins will be monitored by the City of Cape Town’s Shark Spotter programme, another environmental initiative on Cape Town’s popular beaches.

“I think it’s a marvellous way to get people involved” says Sarah Waries from the Shark Spotters. “And it makes sense for us to help with it. We’re on the beach anyway, and conservation is part of our DNA!”

The concept is not a new one.  “The idea actually comes from Karoline Hanks’ Noordhoeked organisation.” Says Mocke.

“A few months ago, I saw their big wire mesh whale called Kakapo, and I thought that it was a really clever way to engage people to help keep the beach clean.” 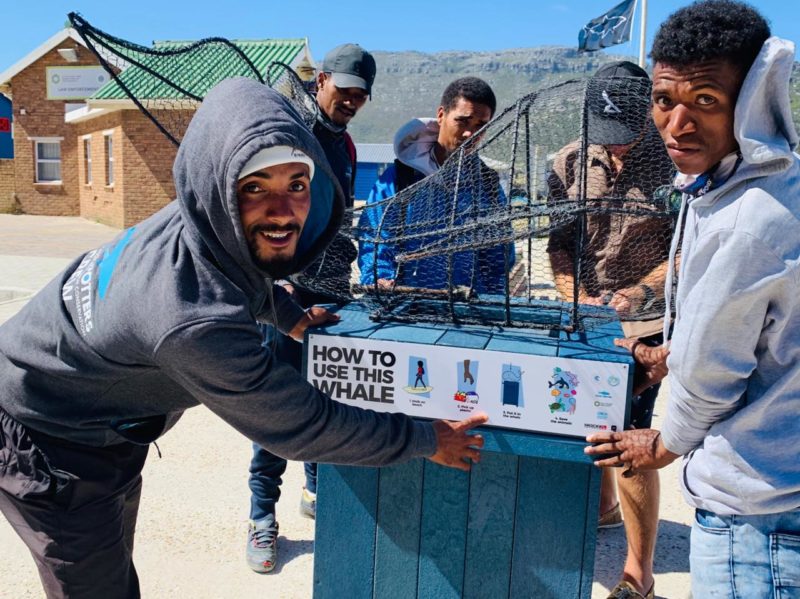 City of Cape Town Alderman Felicity Purchase remarks: “As the City we will always be in support of community driven projects that benefit the people of the city at large, especially on an environmental level. Personally, I love the idea and hope to see it be successful in its goal to keep Fish Hoek beach cleaner.”

“We may not all be an Afroz Shah” says Mocke – in reference to the Mumbai based lawyer who started the world’s largest beach clean up – “But I do hope that these whales will at least enable us to make a small difference to a beach which has given this community so much.” 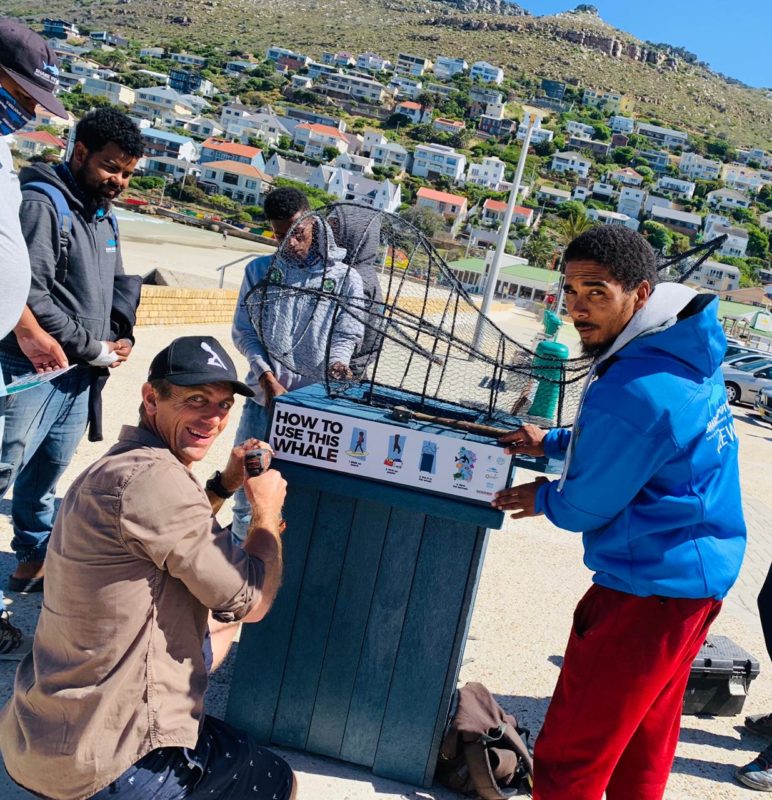 Fish Hoek is a popular walking and swimming beach and is one of Cape Town’s Blue Flag beaches.

The City of Cape Town will look to roll the project out to other beaches based on the whales’ performance on Fish Hoek beach.