The reason for this post is for encouragement. It shares a story of going from Storm to Hope. Please do read on.

The Cape of Good Hope is one of my favourite places in the world. It is rugged, wild, and dangerous. It is also a place of immense beauty where massive waves crash against towering cliffs.

Set at the bottom of Africa, this Cape is a fitting crescendo to the symphony of treacherous, yet beautiful coasts lying to its west and east.

The Cape demands ultimate respect from its navigators. Six hundred plus shipwrecks line its shores and are a warning to those who would be overly confident or too familiar.

Its name was changed.

It was first named “Carbo Tormentoso” – Cape of Storms – by the Portuguese explorers that first sailed around it. However, the name was changed by King John 2nd of Portugal.

He named it the Cape of Good Hope. And there is a interesting reason for that.

During that time trade between Europe and the East happened overland. There was no EU, no highways, no trains. To be a trader meant transporting goods through a quagmire of countries, kingdoms, and regions.  Finding a better way was of utmost importance.

By successfully sailing around the Cape of Storms, explorers opened up a new way to the East. The Cape represented something new and unprecedented. It gave people Hope.

For the poor souls that had to navigate the Cape, of which many paid the ultimate price, it certainly was still a cape of storms. However, in the annals of history, it was overwhelmingly the Cape that brought Good Hope. 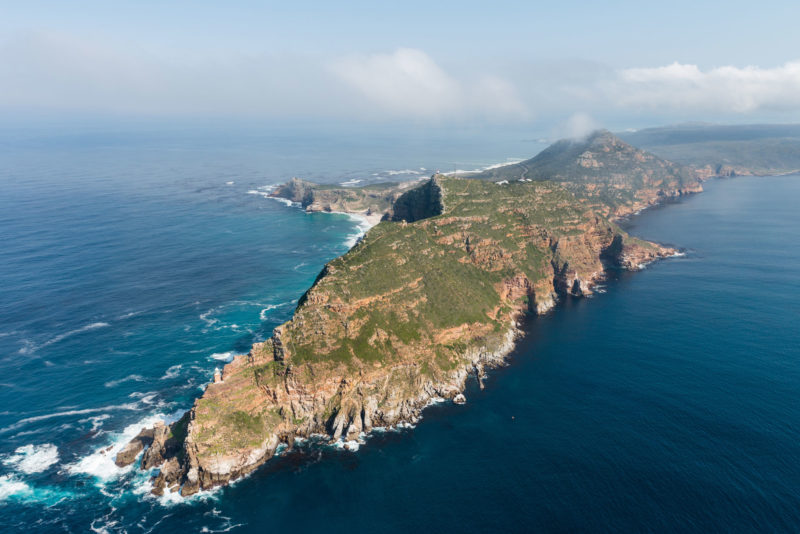 The Majestic Cape. (Ever thought of paddling the Cape….?)

From Storm to Hope – what is the lesson?

Did the Cape become less stormy because its name changed?

No. I can tell you confidently that it is still as stormy as the day it was first sailed.  However, despite that, it is the hope of making it around the Cape that is the overwhelming force that gets you around.

The world is caught up in a storm right now. This storm is also something new and unprecedented.

Is there a way we can change the name from Storm to Hope?

Being in a storm is tough and difficult. It’s dangerous. It can be lonely, stressful, and volatile. When you are in a storm, you can’t see far ahead, and you’re thinking becomes purely short term: “Don’t capsize!” “Stay afloat!”

You are not thinking long term; about getting to where you want to be, you are thinking about survival. And there is no way around that. A storm is a storm. You cannot change that.

But ultimately it is Hope that keeps you afloat when the storm wants to pull you down.

My good friend Lewis Pugh (Environmentalist) says: “When you have hope in the future you have power in the present. If you do not have hope, you can sink yourself and everyone around you.”

Hope does not give you magical powers to get through a storm, but what it does do is focus you on a future you desire. And a storm has a way of making that desired future truly clear!

Hope is not positive thinking, or optimism.

Hope is not positive thinking or optimism. Sometimes these can be obstacles to making it through a storm. Optimism or positive thinking is not going to fix a hole in your boat or stop waves from crashing over. You should be thinking very much short term, and soberly at that. You should be realistic. However, if you combine Realism with Hope it will give you power to change your perspective and take correct action.

What the world needs right now is Hope, and you can activate that Hope by asking yourself a simple question.

“What simple actions can I take right now to bring hope to someone else?”

It could be a phone call, a donation or taking a volunteer post. It could be running an errand or using a remote skill so desperately needed.

I guarantee you, if you ask that question, firstly you will know what to do; and secondly, it will allow you to act short term, but have a hopeful vision long term. Reach out to get through.

My wish is that all of us will hold onto and activate Hope while we navigate our way through this storm. Let’s be honest – we are only at the start of this storm; however, I believe that that by weathering this storm together we will be galvanized in how we find solutions to global issues in the future.

Despite the moment we find ourselves in currently, my hope and prayer is that we will all still have a purposeful year ahead.

GREAT NEWS FOR OUR USA CUSTOMERS.

STOCK AVAILABLE FOR SHIPPING IN THE US.